For almost a year, the beleaguered nations of this tropical continent have fought the evil mage Kaervek, with tragic results. Femeref has fallen; Suq'Ata has closed its borders; and Zhalfir is overrun with its own refugees and unfortunates fleeing the horrors that terrorized Femeref. But there is some light to these dark times. Though she was once Kaervek's ally, Jolrael has turned on him. Aided by the subtle manipulations of the planeswalker Teferi, Jolrael hopes to guide Jamuraa's leaders through a series of visions - dreams offering direction and strength to the few who might stand against Kaervek. Led by their visions, Asmira and Rashida Scalebane build an elite force and set out to free the wizard Mangara from his magical prison. And Hakim Loreweaver and Sidar Jabari struggle to hold back Kaervek's forces just long enough for Asmira's plan to work. 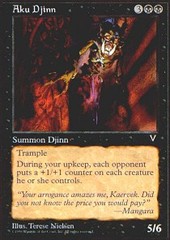 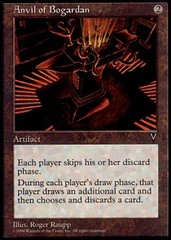 Use arrow keys to navigate.
View Details
Anvil of Bogardan
Visions
No conditions in stock. $99.99 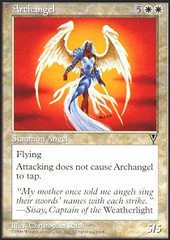 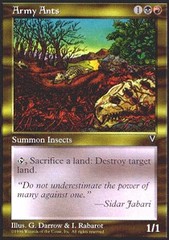